About 2 yrs. ago, I decided to venture off on my on with a similar lube. I picked up a can of liquid Johnson's Wax. After reading the instructions, it stated that each added coat dissolved the earlier coats.

I thought ..." UUUmmm, this has to have a high % of solvents mixed in with the wax."

As we all know, after Lee liquid alox sits in the bottle for some time it thickens to the point of needing some type of " thinner " added to it. Seems the most commonly used substance for this is mineral spirits. Fine for thinning, but it has ZERO lube properties. I felt the Lee Liquid Alox could be thinned and improved, all in one move.

I decided to try the liquid Johnson's Wax as the thinner. I've used this mixture of alox and liquid wax on pistol bullets, both T/L design and conventional designed pistol bullets with zero leading.

I shoot a lot of bore riding .30 cal. cast bullets. Most in the 1,700 - 1,900 fps speed zone. I size & lube these with Ben's Red, then roll them in the lube I've described. The coating is thinner and tougher than conventional Lee Liquid Alox. It dries much quicker , ( 2 X - 3 X quicker ). The cast bullets don't have " Brown Globs " on them like you'll get with Lee Liquid Alox straight from the bottle. It leaves a slick, super hard , satin coating on the bullets. Once the coating is dry, the bullets don't stick to each other or your fingers.

For 2 years now, I've had nothing but excellent results using this method. I thought it was time to share this technique with all of you. It is time for the mixture to have a name. We'll name it - - Ben's Liquid Lube ( Ben's LL )

It is so simple, a 3rd grader can make this stuff,
Here are the steps :


(1) Pour straight Lee Liquid Alox into a clean plastic Ketchup bottle and fill it to the 60% level. 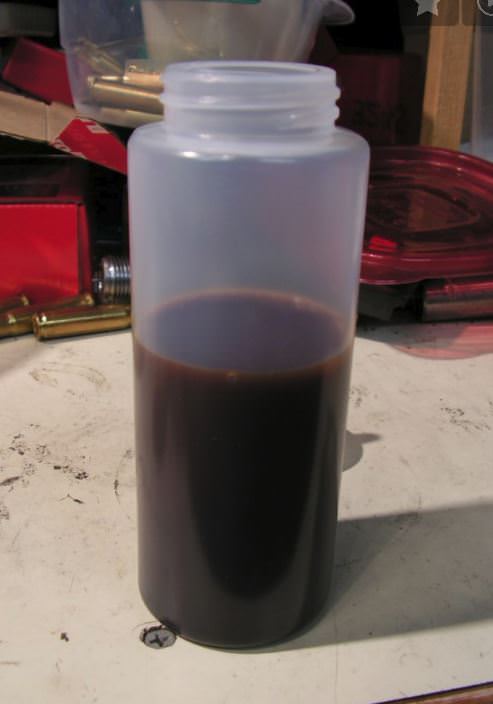 (2) Now finish filling the bottle with the liquid Johnson's Wax. 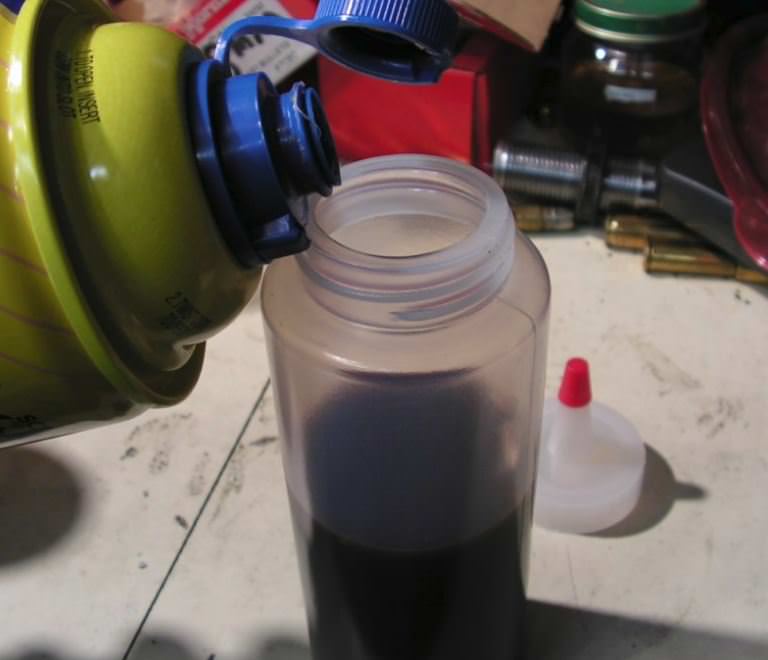 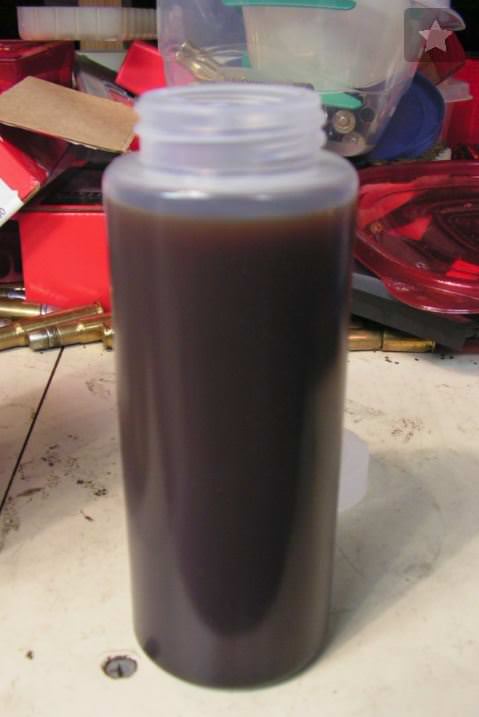 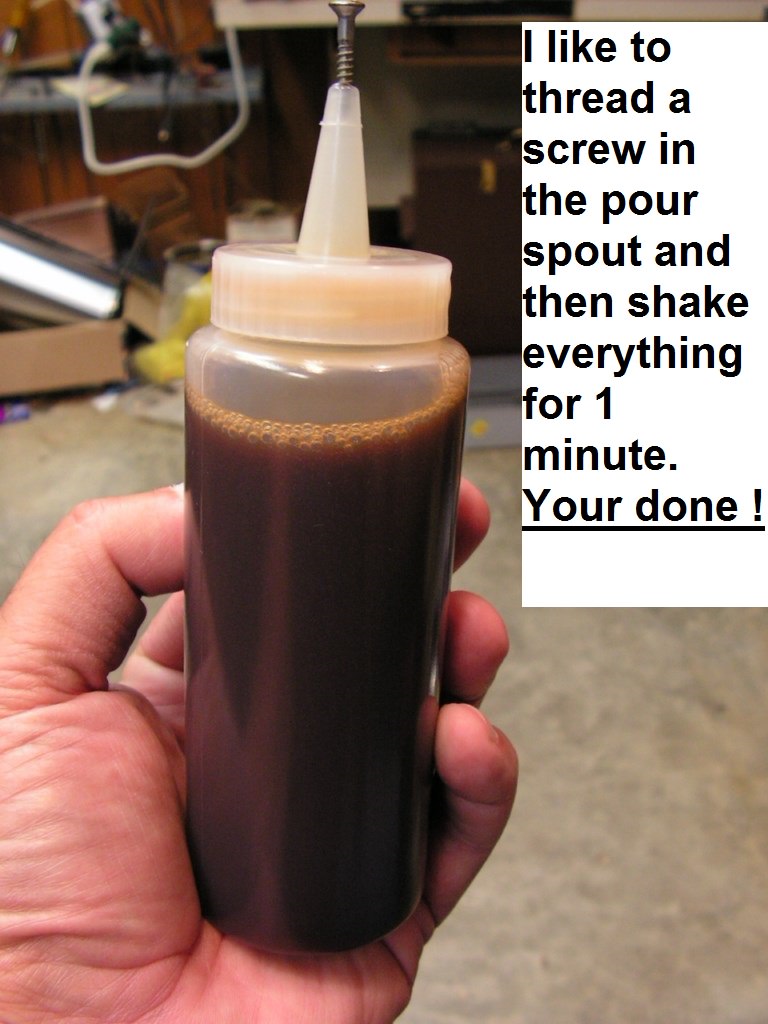 No heating, no stirring over heat, none of that...real simple and it WORKS ! !
It takes a VERY SMALL amount in the bottom of a plastic bowl with your cast bullets. A VERY SMALL AMOUNT goes a long way. Slowly swirl your cast bullets in a circular motion in the bottom of the bowl with Ben's Liquid Lube for about 15 seconds, put them out on wax paper to dry. They will dry quickly, much quicker than liquid alox alone. 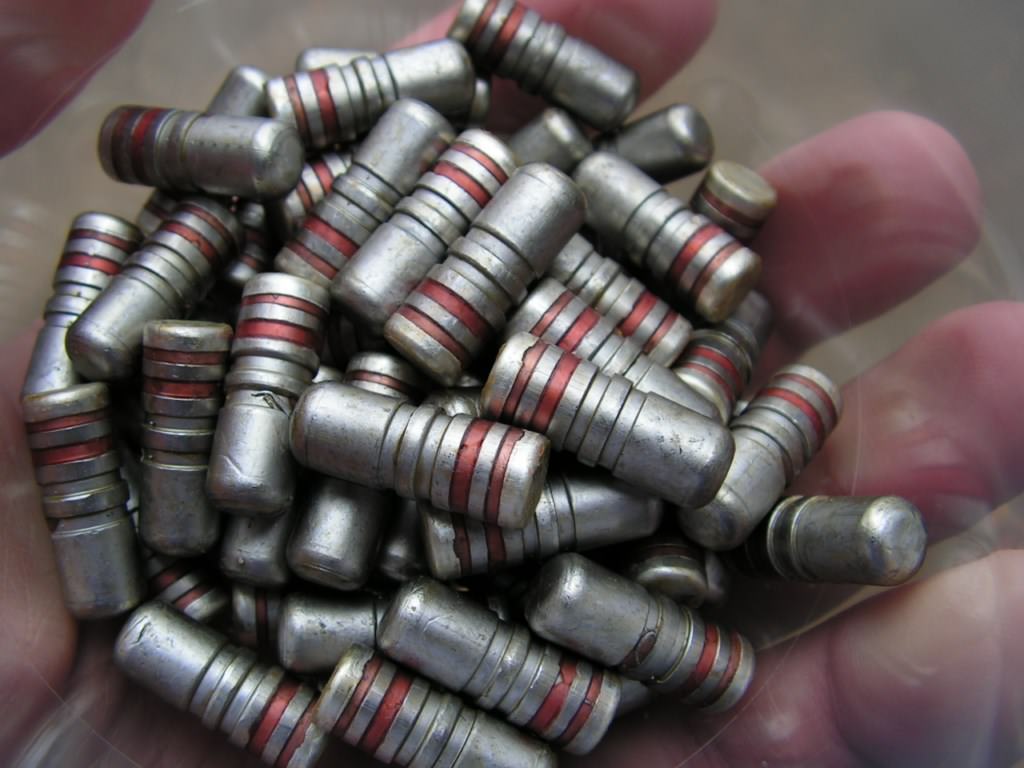