The Lowly Round Ball

My first two duty stations--Indio from 3/78-3/82 and Banning (3/82-3/87) had some HUGE beat areas. Indio's old "40" beat took up almost 1/3 of its station area, all snake ranch but still a big chunk of desert. On weekday graveyard shifts about 0330-0345 hours, if the calls were slow (normal sitch) the 40 car would do what we called the Chiriaco Loop--from Indio, east on I-10 to Chiriaco Summit (32 miles). The next leg was west toward the Salton Sea/Mecca on Box Canyon Road to SR 111 (old U.S. 60 route), another 28 miles. The last leg was back to Indio, another 22 miles. So, that put 82 miles on the odometer, and all sorts of fun could be had during this sojourn--lots of recovered/abandoned stolen cars, an occasional rollin' stolen, and (once in a while) us or CHP would stumble across a load car full of wacky terbaccy/cocaine/methamphetamine enroute to market from Mexicali. And such lovely people, too. A significant percentage of these contacts resulted in pursuits, and given the drivers and vehicles involved even our Mopars and GMs could keep up without much fuss and bother, and with almost zero traffic at Zero Dark Thirty the pursuits got authorized. If the pursued party was a sporting sort, he or she got onto I-10 at Chiriaco, and NOBODY outran those CHP 5.0 Mustangs. NOBODY. LE had an admirable win/loss record.

But the most significant arrest I made running that route didn't involve a vehicle. Nope, it was a male hitch-hiker thumbing at Dillon Road @ I-10 E/B onramp. He saw my Holstein (I was stopped across the Road at the E/B off-ramp), lowered his thumb, and tried to act casual and look around. At 2:15 A.M. I swoop over, and he just kinda stood there; I half-expected a foot pursuit, but nope. He popped a KY driver's license, and I had Dispatch run him by DL #. He was cool-breeze casual, but he hinked me up a little. Something wasn't quite right.

Imagine my surprise. "Go ahead"

"Start Charles 49 my way." I then pointed The Loud Persuader in his direction, and he said "You got me." He was cooperative, my beat partner was there in under a minute, and we got him collared without incident. On the way into jail, he said he was hitch-hiking back to KY to turn himself in, eight months of looking over his shoulder in the San Fernando Valley had been exhausting. The U.S. Marshals had been door-knocking the relatives he was staying with, yadda yadda. Don't pass "GO", don't collect $200.
Last edited: Jun 7, 2022

chuckle.
the road to the canyon i grouse hunt is numbered 187.
i keep waiting for that sign to 'tip over', but it seems someone is always coming along at the wrong time.
i get a little laugh every time i drive past it.

L Ross said:
When I was a rookie motor officer I was told stories by some old timers. Apparently in the days of 3 wheelers being used in Winter the officer would get cold and seek shelter. A great shelter was a brewery in his zone. He and a brewery employee would lift the back end of the Harley onto a wooden beer case and let it idle in gear to put a few miles on it and in the interim enjoy some product.
Click to expand...

Those were OLD timers!!!

You worked a totally different world than I did Al. Winter weeknights about the only thing moving between 1:30 and 5:30 AM was us. Nighttime patrol area was roughly 120x100 road miles, maybe 6-7K souls. Not the "NY" most people think of. Summer tourist season was much different.

When I was doing trucks my weekend patrol area was larger that the states of Massachusetts, Connecticut and RI combined! 1 guy!

Bret4207 said:
You worked a totally different world than I did Al. Winter weeknights about the only thing moving between 1:30 and 5:30 AM was us. Nighttime patrol area was roughly 120x100 road miles, maybe 6-7K souls. Not the "NY" most people think of. Summer tourist season was much different.

When I was doing trucks my weekend patrol area was larger that the states of Massachusetts, Connecticut and RI combined! 1 guy!
Click to expand...

A lot of people have skewed perspectives of both states--CA and NY. Both are much more than Manhattan and Planet Hollywood. I've been to NY twice--first time in 1988, from Newark to Port Jervis, and a few days later into Manhattan. I got a cab ride in the train from Port Jervis to NYC, and it hauled pagodas across NJ--105 to 110 MPH. Not much was built up between PJ and NYC, either. All sorts of guys with guns were hunting deer in the dense forests of NJ. Big surprise for me, I thought NJ was all city and urban blight.

California's Central Coast Amid The Insanity

Peter Hathaway Capstick was from New Jersey, and learned more than a few hunting tricks before he journeyed to the Dark Continent and notoriety.

Bud Abbott was from new Jersey also, Patterson to be exact, there's a statue of him there.

New Jersey used to be the duck hunting capitol of the world along the coastal marshes.
3 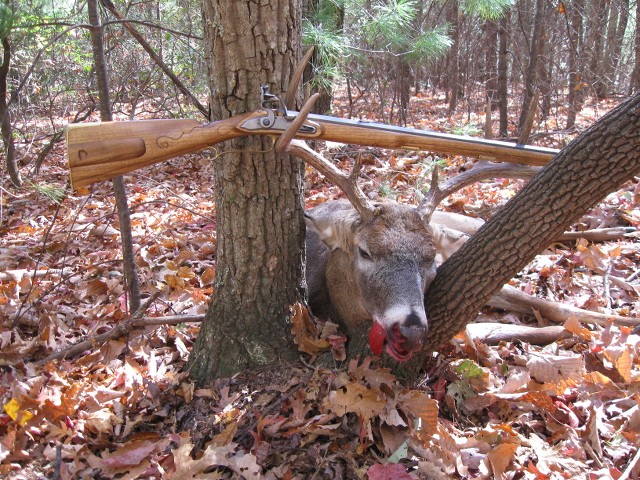 They even expand at blackpowder velocities 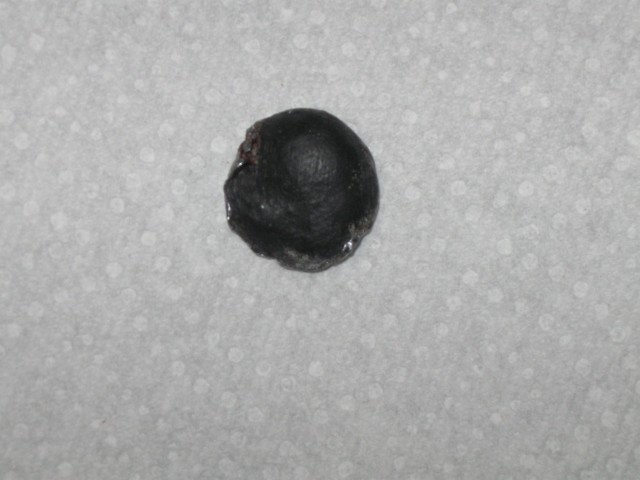 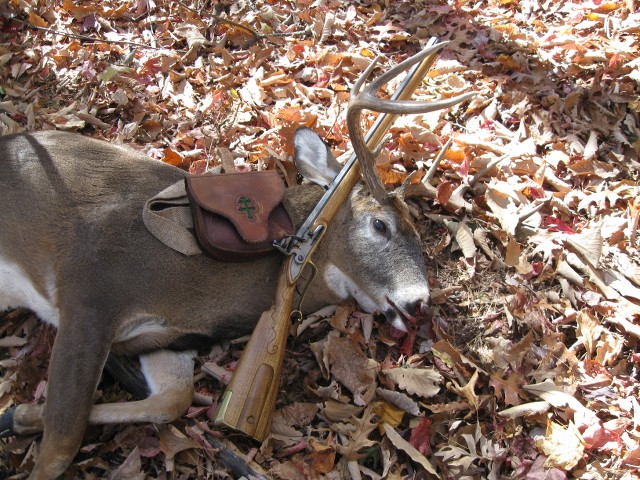 Rubber chicken? In HS it was a athletic sock with marbles.

I've been told Arkansas deer are small. Couldn't prove it by me. X-bow did this 10 point in, two seasons ago. Called Rick to help me load it up onto the UTV. Took it into the processor (skinned with feet and head cut off) and was told that biggest deer he's seen for quite some time.

Deer size is one of those things that always is open to discussion. I've seen adult deer in Miss. and NC that aren't much bigger than a Great Dane. I've seen bucks out of the deep woods of the Adirondacks that are the legendary 250+ lbs monsters. Why they differ when the southern deer should have the far better diet I don't understand, despite the scientific explanations about colder climates breeding larger beasties...which doesn't explain the elephant!

I hunted farm land in Michigan. Use to seeing/harvesting good size deer. Been hunting my Arkansas acreage for the past ten seasons. Take one or two bucks a year, usually during archery season..............never once took a doe. All have been comparable in size to my Michigan deer. There isn't any crops grown within ten miles of here. However, lots of deer feeding going on. The first year I hunted, I took an eight point that was full of corn. Personally, I don't bait. I do put in a food plot. Clover and occasionally turnips. They hardly eat the turnips, just the green tops. Can't plant turnips every year, need to lay off this year.

Bergmann's rule? The colder the climate the larger the animal within any given species. It has to do with a larger animal having a proportionately smaller surface area exposed to the cold. The few hundred miles between Northern Arkansas and mid Michigan would be negligible. Now southern Florida keys deer compared to Saskatchewan whitetails and the difference is pretty obvious.

I lived in west central Alabama in the late 1950s. I hunted a spot in a lease of the head game warden of the state. I went to high school with his son. You could only get to this place in 4 wheel drive vehicles, it was backwoods .
I shot a 9 point that weighed 260 lbs. field dressed. No guts, which may have weighed 20-30 lbs.

That was a big deer. No heavy hunting pressure, did I mention head game warden?
J

Shot somegallery loads in the 45-70 trapdoor on Friday. These were just some loads another guy had worked up for his rifle, and I was seeing how they'd do in mine. Load was ~40g FFFg, card wad, grease wad, ball seated on the wad: pretty much standard.

I knew round ball would shoot in the trapdoor if the diameter was right, the winning ML pistols back in the '60s and '70s were often barreled with cut-down trapdoor barrel take-offs. These loads in my rifle did OK at 100 yards. Once I got the elevation right, I could ring the gong each shot. What surprised me was that at 200 yards--again, once I had my elevation figured--I could still hit the gong. Conditions Friday (shooting almost straight into a light wind, maybe 8-10 mph) allowed this.

Saturday during the match, shooters had the wind coming over their left shoulder (when it wasn't over the right shoulder) at about 25-30 mph. Folks shooting pistol-caliber carbines were able to do OK at 100 yards, but hits at 200 yards and longer range were few and far between.
You must log in or register to reply here.
Share:
Facebook Twitter Reddit Pinterest Tumblr WhatsApp Email Share Link